Spindrift for Schools : meet the team 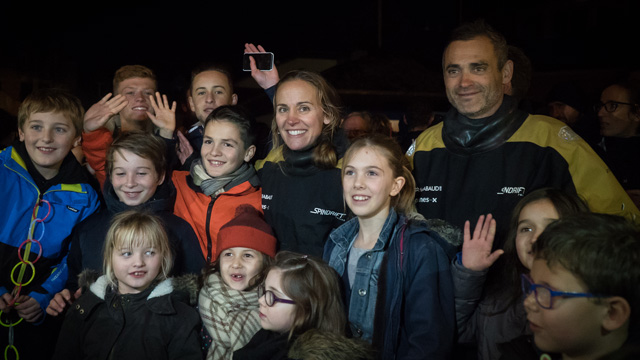 « Our goal is to inspire, raise awareness and help prepare young people grow into the adults of tomorrow. Through our passion and commitment, we share knowledge and values to support young people to work together and commit to their future.
There are strong and clear synergies with all the sporting challenges we take on. During a record attempt, for example, innovation, technology, resource management and respect for the environment are essential to the survival of the crew. We are keen to develop this programme! »

A sportswoman and passionate sailor, Dona Bertarelli co-founded Spindrift racing in 2011 alongside her husband, Yann Guichard, a renowned French skipper. Their team, based in Morbihan in Brittany, represents their shared passion for the sea, sailing and competition.

Dona Bertarelli created the Bertarelli Foundation in 1998 with her brother Ernesto Bertarelli and Maria Iris, in memory of Fabio Bertarelli, who, in the 1970s, contributed to the development of the life sciences sector in the Lake Geneva region.

To date, the foundation has contributed to the protection of more than 2.7 million km2 in the Pacific and Indian Oceans and the Caribbean Sea.

A Swiss philanthropist and environmental advocate for over thirty years, Dona Bertarelli was appointed Special Adviser for the Blue Economy for the United Nations Conference on Trade and Development (UNCTAD). She assists UNCTAD in promoting a sustainable blue economy, particularly in developing countries, in order to ensure the responsible and regenerative use of the ocean while preserving the health of the ocean ecosystem.

She is also an Ambassador for #TOGETHERBAND, raising public awareness of the United Nations Global Goals. Sustainable Development Goal 14 (SDG 14): Life Below Water, matches closely her commitment to the ocean.

In 2016, Dona Bertarelli became the fastest woman to sail around the world, after completing the Jules Verne Trophy record attempt. It was during this record attempt that she created, with her husband Yann Guichard, Spindrift for Schools: an educational programme for French and Swiss schoolchildren. 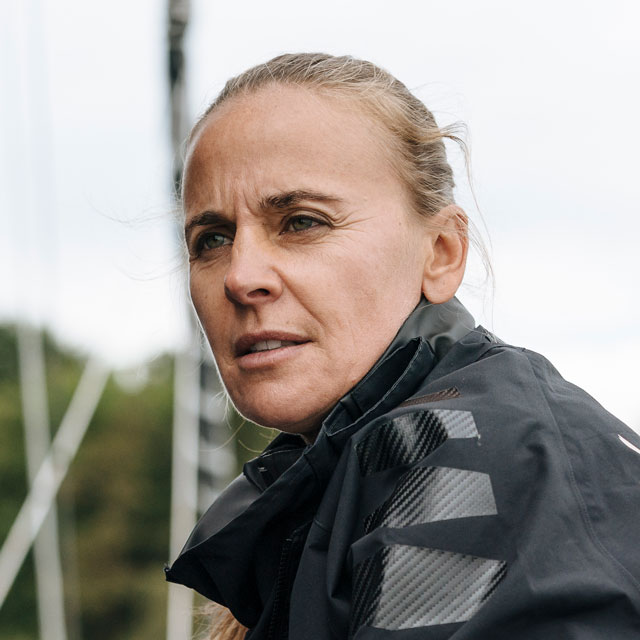 A high level sportsman, Yann Guichard spent his childhood in Brittany before going on to study sport in La Rochelle. He was twenty when he discovered the Tornado catamaran and this was to be the start of his passion for multihulls. The racing just clicked and he went on to train for the Olympics, taking a fourth place at the Sydney Olympics.

Following on his Olympic experience, Yann became a sought after helm and crewmember in the world of multihulls. Racing on 60’ yachts as well as the maxis Orange II and Groupama 3. As skipper of Gitana 11 he competed in the 2010 Route du Rhum, before founding Spindrift racing with Dona Bertarelli in 2011. Spindrift racing set out with a clear ambition: to innovate and improve technological and sport related performance, while being supported by a strong team with a professional approach.

It was during the winter of 2015-2016 that Yann Guichard set off on board Spindrift 2 with his crew, including Dona Bertarelli, in his first attempt at the Jules Verne Trophy, setting the third best time in history in 47 days 10 hours 59 minutes and 02 seconds. It was during this attempt that the Spindrift for Schools programme was born.

Yann Guichard is the only Frenchman on the World Match Racing Tour circuit since 2016. 5th in the world match racing championship and three times winner of the mythical Bol d'Or on Lake Geneva, Yann is once again preparing with his Spindrift Racing team for one of the most difficult challenges that sailing has ever known: the Jules Verne Trophy record with a time to beat of 40 days and 23 hours... 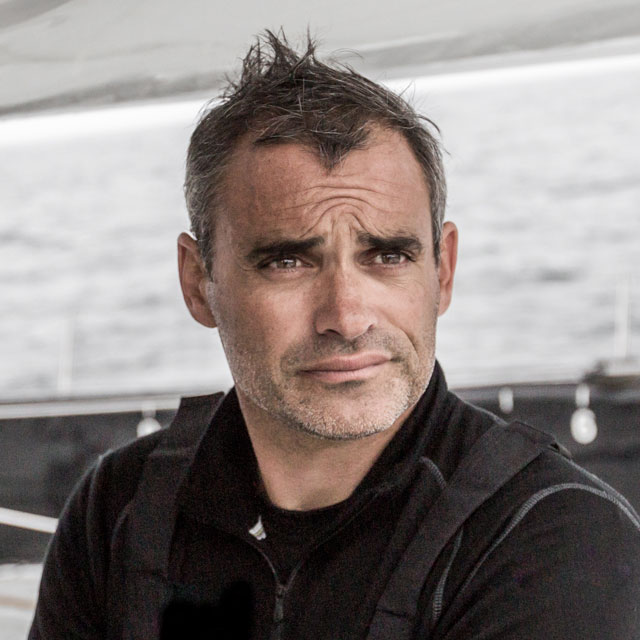 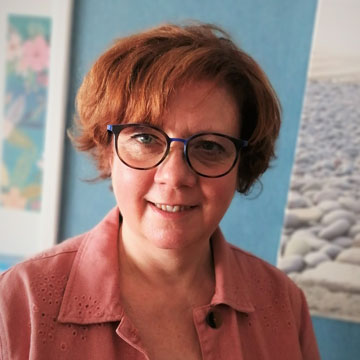 An expert in education, environmental sciences and ocean racing, Marie-Claude manages and develops the Spindrift for Schools programme, particularly in terms of content creation and relations with various stakeholders in the education system.

Contact: This email address is being protected from spambots. You need JavaScript enabled to view it.

Save
Cookies user prefences
We use cookies to ensure you to get the best experience on our website. If you decline the use of cookies, this website may not function as expected.
Accept all
Decline all
Read more
Statistiques
Collecte de données statistiques
Google Analytics
Accept
Decline